Announcement to our Community

Jacket cover of biography, Cecil Sharp His Life and Work, by Maud Karpeles

The Pinewoods community has been in an extended conversation about the legacy of Cecil Sharp and his imprint on Pinewoods Camp through the names of our two dance pavilions, C# and C# Minor. In June of 2020, members of the community asked us, members of the board, to change the names, followed by anonymous negative notices about Cecil Sharp posted at Camp in the early summer sessions in 2021. Concerned campers wanted to talk. These conversations took place all summer and beyond. We have been carefully and respectfully listening to everyone who has chosen to be part of the discussion. The community is divided on how to best remember Cecil Sharp’s dedication to preserving English folk traditions, his collecting, his teaching, and his connection to the founders of Camp. We are not in agreement with any one interpretation of Cecil Sharp’s motivation or his world view. There is agreement that he should be remembered, and his history told.

Many people who come to Pinewoods did not know, until recently, that C# was named for a person. Cecil Sharp often signed his letters C#. Built soon after his death, Helen Storrow and Lily Conant named the new large pavilion for him, and then the nearby smaller pavilion when it was built. The Pinewoods family is not in agreement about whether or not continuing to name the pavilions for him is a problem, and this question has created division and unhappiness. To some the idea of a name change feels like a loss, to some it feels like a necessary correction, and to others it feels like an opportunity to align the heart of Camp with its present and future. 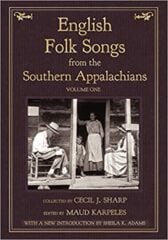 When he came to America and began collecting ballads and dances in Appalachia, Cecil Sharp interpreted what he heard and saw, combining his singular interest in finding ancient, orally transmitted English songs with cultural assumptions and biases typical of his time. His stature swayed opinion well into the future. His misinterpretations contributed in important ways to the erasure of Indigenous and Black influences on the songs and dances he collected. For example, he asked his informants to put aside their fiddles, lap dulcimers, banjos and guitars and sing unaccompanied. Then, Sharp claimed that the singing tradition in Appalachia was predominantly unaccompanied singing as it was in England. In another example, Cecil Sharp failed to see an evolved American form in what he called the “Kentucky Running Set.” He assumed that he was discovering an old English dance never seen in England; he published it as such and created myths that are only now recognized as unfounded. This particular history is well explained in Stephanie Smith’s article Setting the Scene: Cecil Sharp’s “Running Set” and its Legacy 100 Years Later. The impact of this myth making contributed to the already pervasive and false narrative that the English heritage of an American was of more value than other parts of the same person. The myths contributed to members of Black communities perceiving part of their own musical heritage to be “white” and not theirs. Recognition of American multi-ethnic history is essential. However, it does not take away from acknowledging the accurate and invaluable collecting and preserving of the ballads that Olive Dame Campbell, Cecil Sharp, and Maud Karpeles collected and published.

In Boston Cecil Sharp influenced Mrs. Storrow to drop other forms of international folk dance at her dancing school and teach only his interpretations of English folk dance. The Boston community of social dancers that grew out of the school chose to continue to include New England contras and squares in their repertoire. 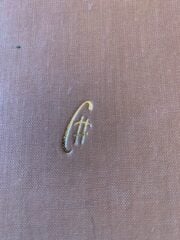 Embossed C# on the cover of the biography, Cecil Sharp His Life and Work by Maude Karpeles

Today, activities at Pinewoods Camp currently reflect continuously broadening American traditions, many different interpretations and lenses on English and Scottish dance and song traditions, and a growing set of other international traditional dance and musical forms. We anticipate a more expanded view of American traditional music and dance in the coming century, while continuing to provide a home to the English, Scottish and other international forms already present at Camp. Now a part of a larger whole, English folk material as collected and preserved by Cecil Sharp continues to be part of his legacy enjoyed at Pinewoods.

Taking all of this into consideration, we, the Board of Directors of Pinewoods Camp, Inc. have voted to change the name of the C# and C# Minor dance pavilions. This decision for change aligns with our policy of not naming buildings for people. In doing so we are not erasing Cecil Sharp; we will tell his story in connection with the founders of Camp. We are looking for names that will be transparent and welcoming to all who come to Camp in the next 100 years.

With the decision to change the names of the pavilions, we will spend the spring and summer of 2022 accepting suggestions for new names. After considering all the community ideas, the final decision will be announced by the board in early 2023. 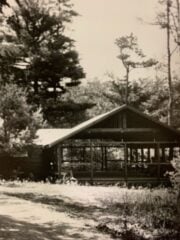 As part of learning and telling our history, the board will be collaborating on educational displays and presentations exploring the unique history of the land and facilities of Camp and the people who made Pinewoods what it is today. We will ask for your stories. Our goal is to have a robust picture of what was created and accomplished in the first 100 years for our centennial celebration in 2025.

We would like to thank you for being involved members of this community. We appreciate the time you spent discussing the question of C# and C# Minor among yourselves and at camp last summer, sending in reactions through email, and participating in our online discussions in the fall. We noticed that when disagreeing community members talked with each other, our opinions grew closer together as we reflected on another point of view. We think that says much about both the world and what we love about our community. If you wish to participate in regard to C# and C# Minor as we move onward, please communicate with the board through .

As we reflect on who and what factors contributed to making Pinewoods Camp both beloved and inclusive, we will continue to reach for a high standard as the world changes around us.