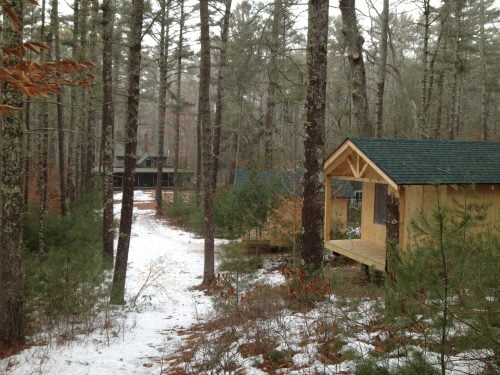 « Back to all Photos of the Month

The two new cabins at Pinewoods Camp have been officially named. Campers submitted over 27 suggestions on the Pinewoods Camp website. Nominations  included old and new dances from the English, Scottish and  contra dance traditions. The PCI Board of Directors vote was taken in two rounds, and, by a large majority, two dances were selected from the tradition that was felt to be currently underrepresented at camp – American contra. However, in consideration of the fact that the cabins are situated close the Highlands, it was pointed out that both dances have Scottish dance counterparts.

The new cabins will be Money Musk/Monymusk and Rory O’More. Thank you everyone for your enthusiastic help!